Skip to content
I have driven past this landmark all my life. I had skated under it. I have been in a boat through it when I was a kid. I had never stopped and explored around it. The sights were amazing. If you ever going by, STOP, and enjoy.

The Peterborough Lift Lock is a boat lift located on the Trent Canal in the city of Peterborough, Ontario, Canada, and is Lock 21 on the Trent-Severn Waterway.
For most of its life, the lock’s dual lifts were the highest hydraulic boat lifts in the world, raising boats 65 ft (20 m). This was a considerable accomplishment in the first years of the 20th century, when conventional locks usually only had a 7 ft (2.1 m) rise.
In the 1980s, a visitor centre was built beside the lock. It offers interactive simulations of going over the lift lock in a boat, and historical exhibits detailing the construction of the lift lock.
Residents and visitors skate on the canal below the lift lock in the winter.
The Peterborough Lift Lock was designated a National Historic Site in 1979,[1][2] and was named an Historic Mechanical Engineering Landmark by the American Society of Mechanical Engineers in 1987.[3]
The Trent-Severn has a similar hydraulic lift lock, the Kirkfield Lift Lock, at its summit near Kirkfield, with basins of the same dimensions, but which has a smaller vertical lift.
-Source Wikipedia 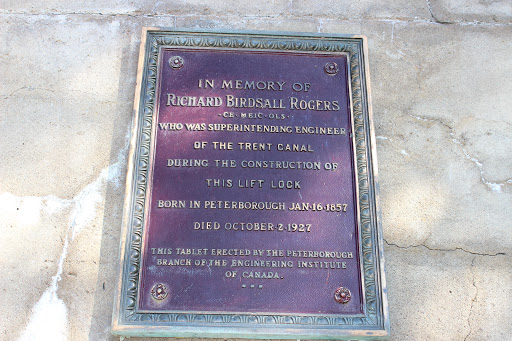 The lift lock was designed by Richard Birdsall Rogers, a superintendent of the Trent Canal (part of the Trent-Severn Waterway). In 1896, he travelled to France, Belgium and England to see existing examples in operation.
Part of the reason that the lift lock was built was political. At the time a federal election was taking place and in order to shore up local support the project was fast tracked. In 1896 construction was approved and contractors signed on prior to any real working drawings being ready. The government still fell, and Richard Rogers, who was concerned about his links to the former administration, only released portions of the working drawings bit by bit. It worked, allowing him to remain on the job as the main designer.
The final project included many engineering firsts. It was the first lock to be built out of concrete, and at the time was the largest structure ever built in the world with unreinforced concrete.[6]
Construction was by Corry and Laverdure of Peterborough, which excavated the site and built the concrete towers and lock, and Dominion Bridge Company of Montreal, which completed the metal work including rams, presses and large caissons, and was finished in 1904. The lift lock officially opened to the public to a crowd of thousands on 9 July 1904, and remains in full use today
-Source Wikipedia 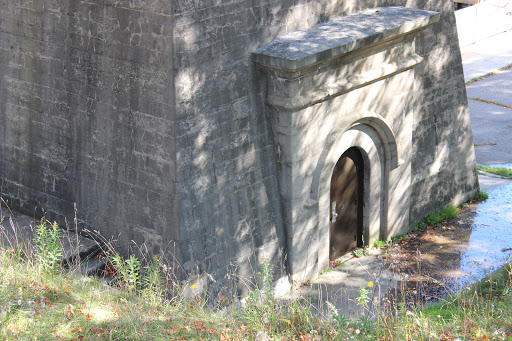 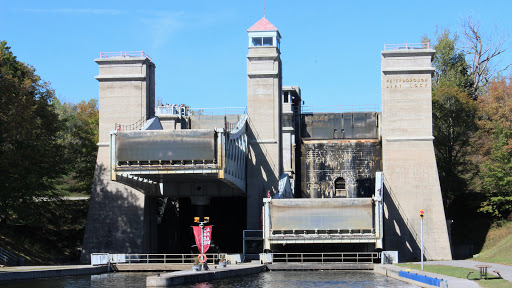 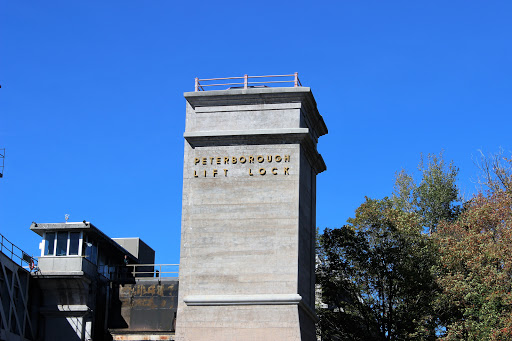 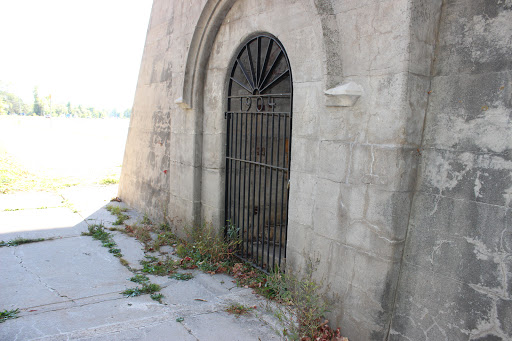 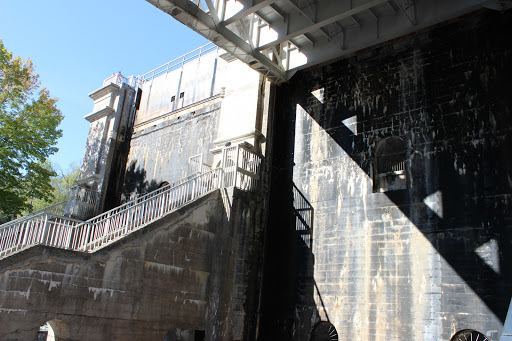 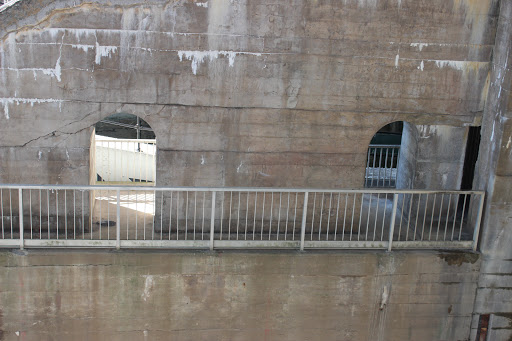 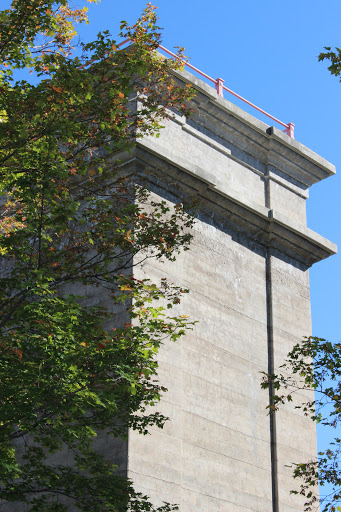 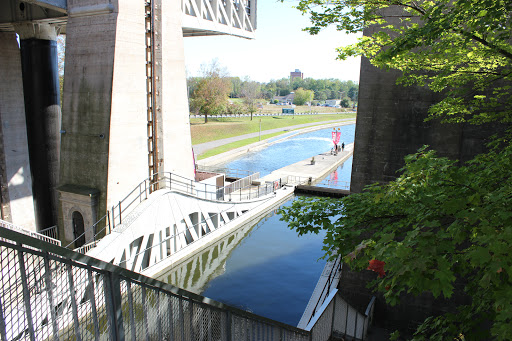 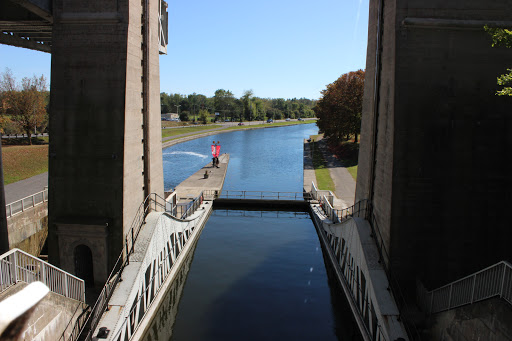 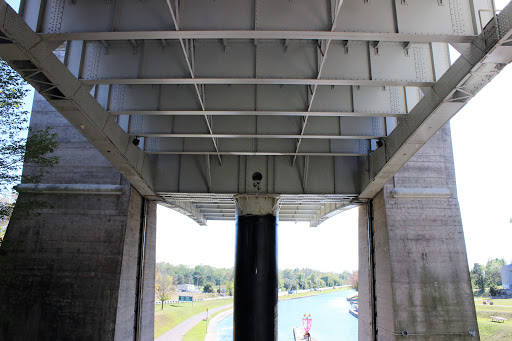 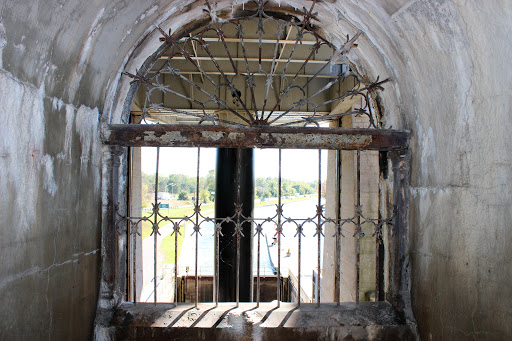 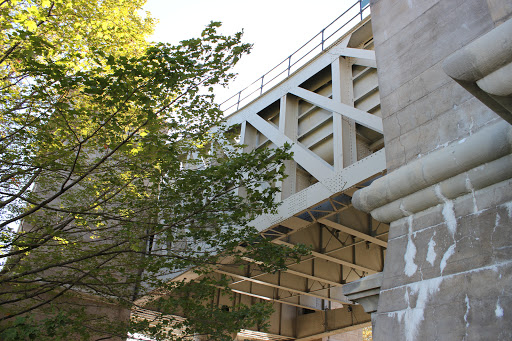 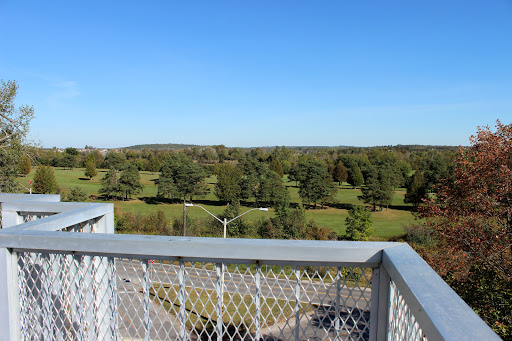 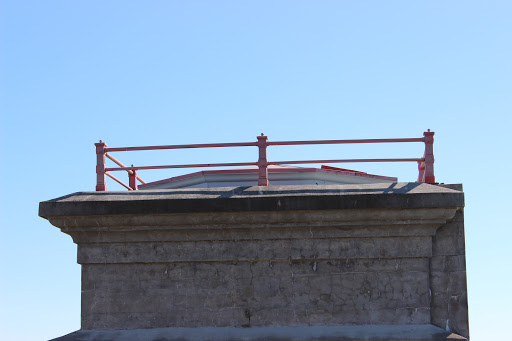 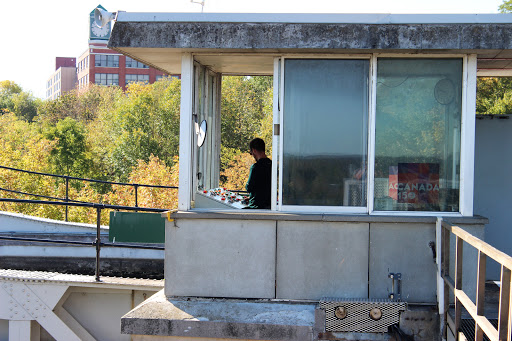 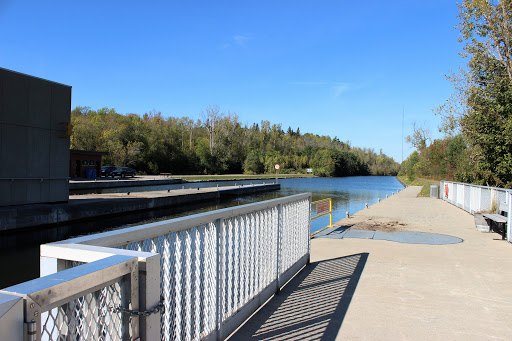 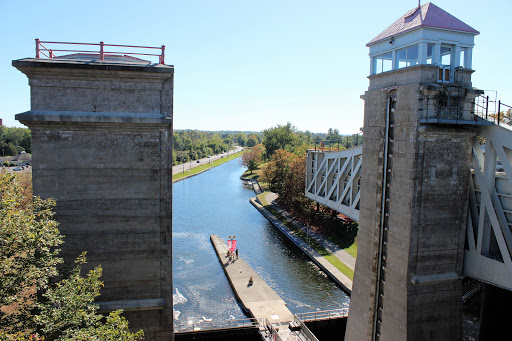 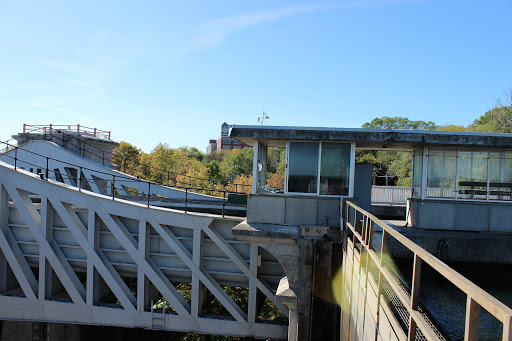 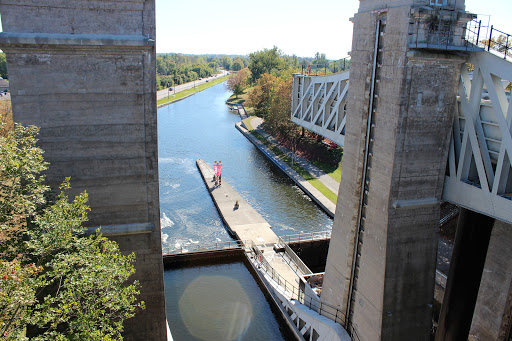 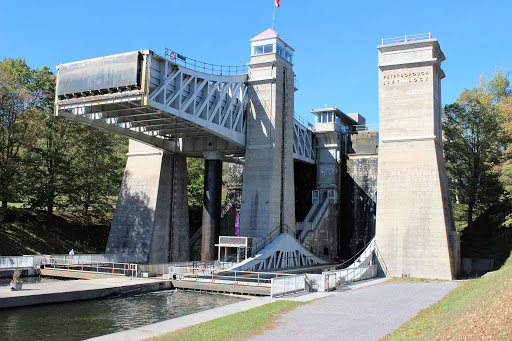 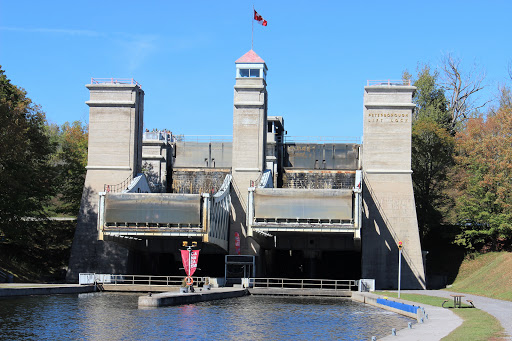 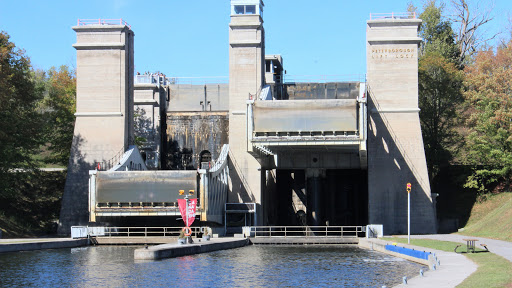 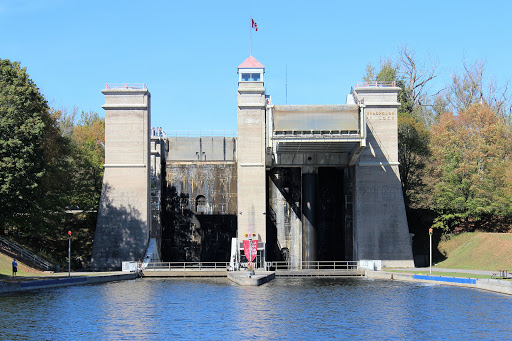 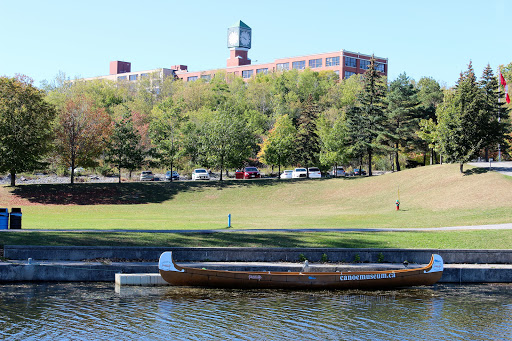 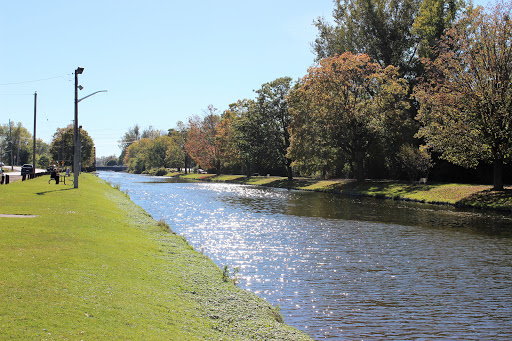 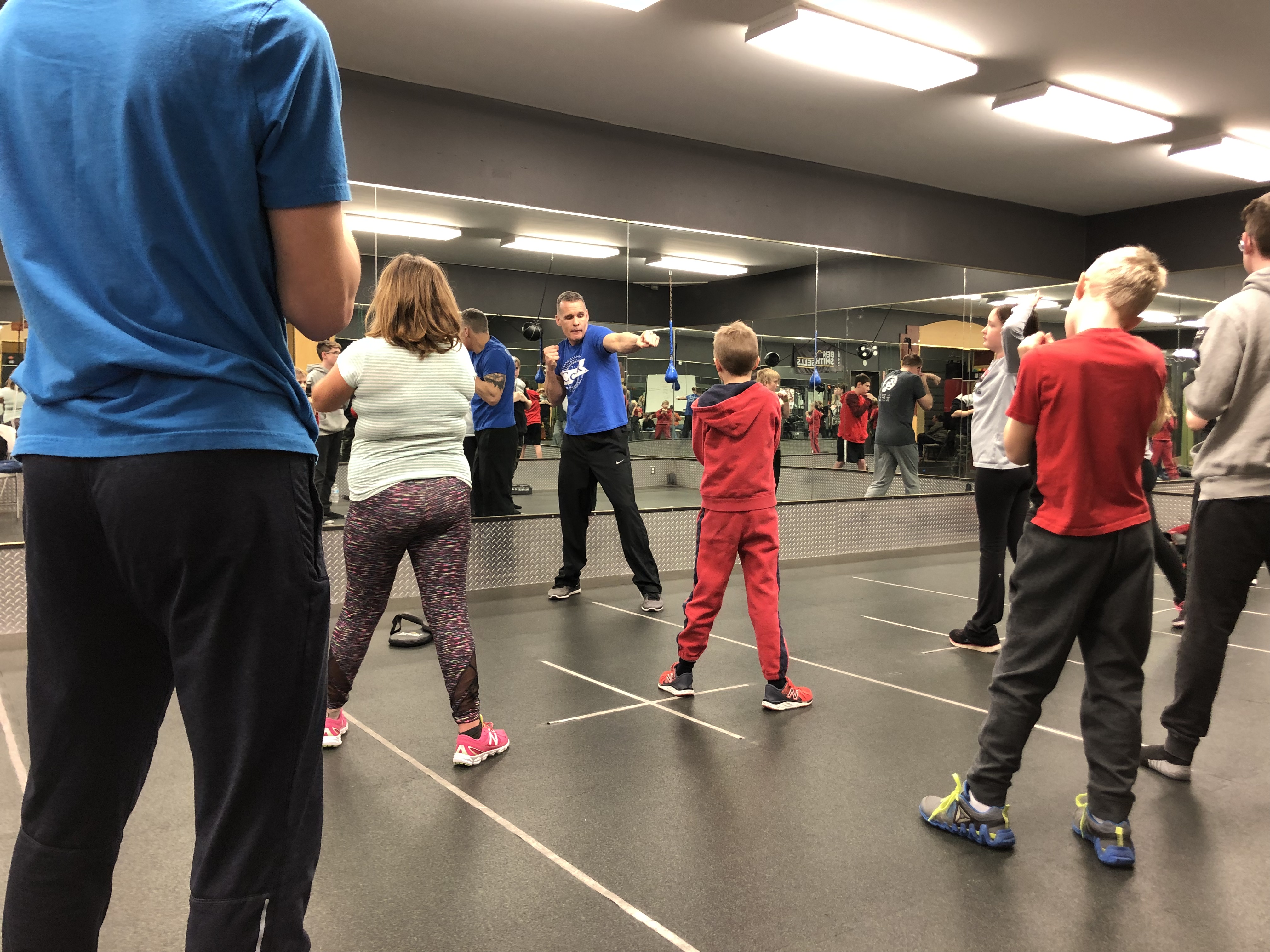 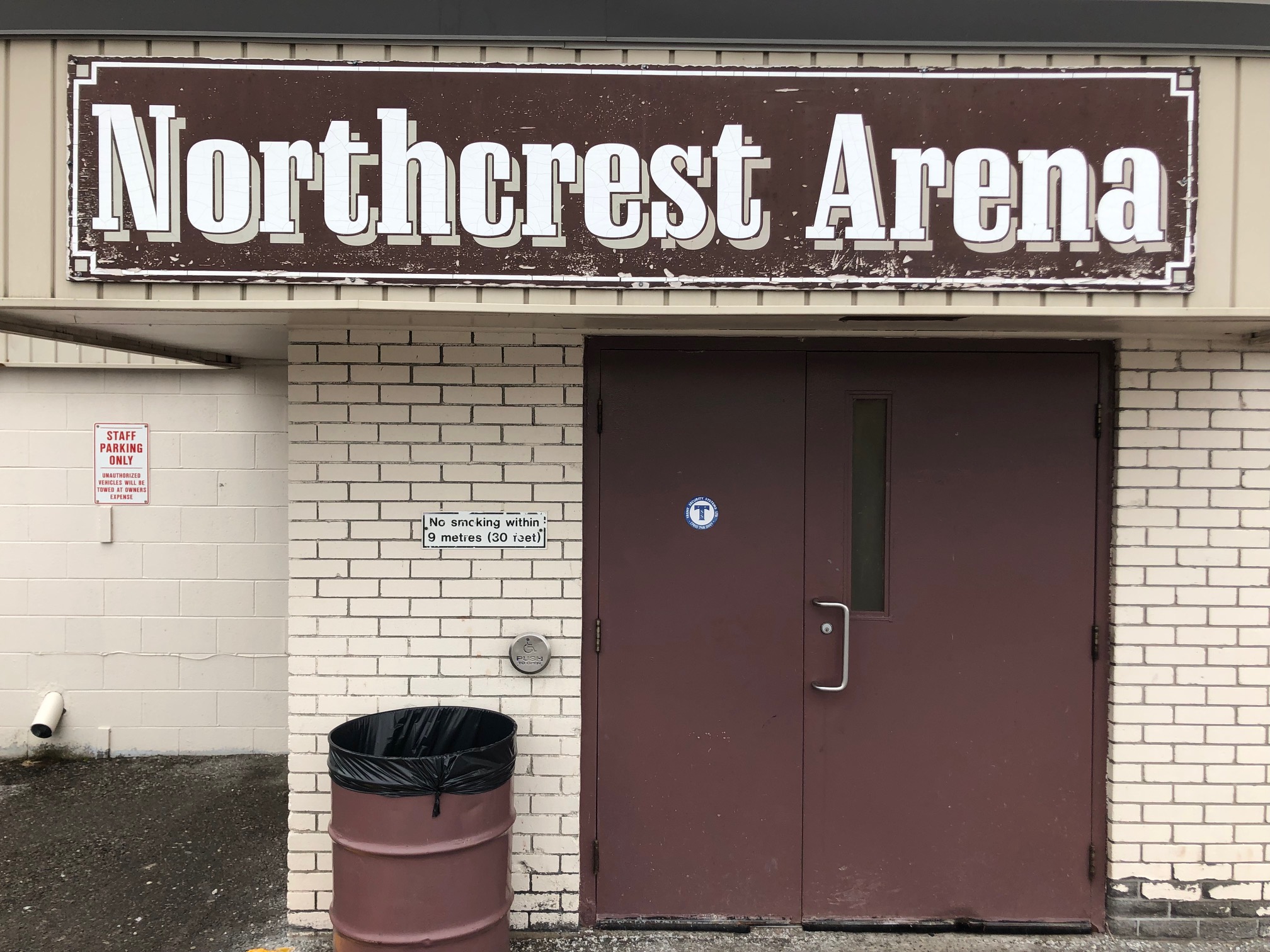